Well this episode, Jack is kept in a cage in an aquarium and Sawyer and Kate are working in a rock quarry. Things aren't looking too good for our friends, and it's still hard to tell why these people want them there. And why these three specifically? All we know is that Ben is really looking for Jack's coöperation, but it's not clear why. Why doesn't he need Sawyer and Kate's help? It seems like they are just there to be tortured and punished, but for no clear reason. I don't doubt they chose those two for a reason, it's just hard to see what that reason is. My best guess is that there is some medical issue that they need Jack for because Juliet made sure to clarify what Jack does, but we shall see.

While Ben is talking with Jack, he also says something interesting: he has lived on the island his whole life. While the man appears to be a pathological liar, there may be truth to this. If so, were his parents part of Dharma? And why has he never left? I'm sure Ben has some link to the two groups that seem to have occupied the island over the past few decades, but what is the connection? 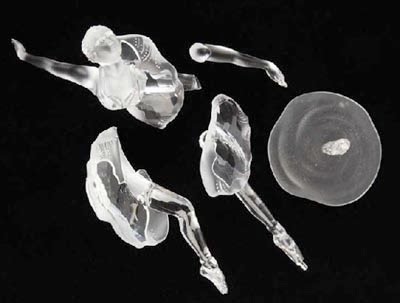 While Ben usually seems to have control of the situation, he does get a little scared/on edge when he hears that they have a sailboat. He doesn't know where it came from, and it's not theirs. He orders a team to capture it, but why is he so afraid? It can't be that he's afraid of them escaping, it didn't work for Desmond. Maybe it will just loosen his control over the group? But if so, what other aspects are they controlling that a boat would change? Either way, they get the boat and almost kill Sun, so we'll see what they use it for. Sun did manage to kill one of them though, so I wonder if there will be any retribution.

On a last note, Sawyer and Kate start a fight while working on the rocks, and Juliet draws a gun on Kate. Once again she seems important, and once again it's unclear if she can be trusted. There seemed to be no doubt that Juliet would pull that trigger, so whose side will she really be on?