Well this episode certainly dumped on the mystery! Now we've got some crazy numbers!

Hurley apparently won the jackpot with these numbers, so they seem lucky in some sense. Using them brings some good things, but in disguise, because soon after he used them, a lot of bad things started happening around Hurley. Like so many bad things, they easily give us what we want, but take away that which means the most to us. Hurley lost family, friends, his house, people died... These aren't good things. And yet somehow his money  continues to grow. It's like he is profiting from the bad that is happening to others. But why does it happen to Hurley? He's the last person that would want that!

Are the numbers cursed? Whatever they are, they came from the island. Rousseau also knows of the numbers, and Hurley learned of them from a man in the psychiatric ward (which Hurley was apparently at? volunteering or a patient...) Either way, the man heard them from a friend who heard them in the Pacific 16 years ago...which is when Rousseau came to the island. Coincidence? I think not. The guy heard them from a radio broadcast, most likely coming from the radio tower by the "black rock." The question is, why was someone sending out these numbers from the island? And why can't people forget them? 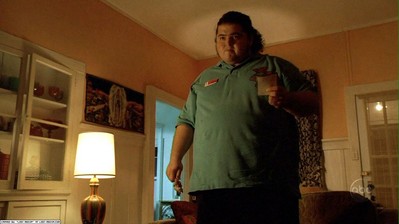 And how do the numbers curse people? How has Hurley "opened the box" by using them and what does that mean? Whatever the answers are, I have  a feeling it is going to take a few seasons to find out. Hurley is desperately seeking the answers and is willing to search out the dangerous Rousseau on the dangerous island to do so. He wants to stop causing harm to others. He wants to be free of the numbers. But it seems he cannot. I hope Hurley finds the answers!