As the first season finale continues, themes evolve and more backstory is revealed. Claire slowly regains some of her memory when she sees scratches on Rousseau's arm. Does this mean that Rousseau was involved in Claire's original kidnapping? She has stolen the baby now, so perhaps it's all part of an elaborate plot to get her child back? Is she working with the "Others"? Claire names her son Aaron, finally. Does this name have significance? It seems that many of the other characters are tied to some historical or literary figure, so I wonder if Aaron has any significance.

More characters as asking why they were put on the island. Sun is still contemplating what Jin said, wondering if they are there as a form of punishment. Both Sun and Jin seem to be reconciling with their past sins now that they are on the island and forced to deal with them, so it makes sense that they would be seeing the island as a sort of punishing force. However, Claire seems to be taking the view that bad stuff just happens, that no one is being punished. Or maybe it's that no one should be allowed to be punished that much, no one should be forced to go through what they are. Perhaps she thinks that no supernatural force/fate/God would put them through all of that, maybe even that they are beyond the reach of any help at all, human or spiritual. She is desperate, and all of them are searching for answers. 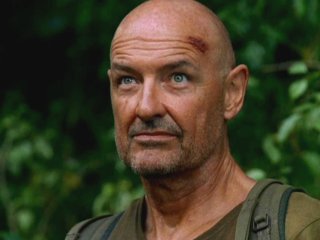 At the very least, it seems that Locke has hope. His hope lies in the hatch, in whatever the island is going to provide next. His religion is seemingly the island, and therefore he has hope and faith that the island will provide what they need. Yet, he also doesn't necessarily believe that all the island does is good. It's a fickle island, willing to give and take at will, but he still has hope that all will be as it should be, as fate would have it. It will be interesting to see how these different views of their situation grow and change as time goes on.