Season 3 kicks off with a whole new set of mysteries! The episode starts off in what appears to be the suburbs, but we quickly realize that it is in fact the "Others" community. They aren't as bad off as they have appeared to be, in fact it I'm really curious how they were able to create such a community on the island! Is it left over from the Dharma initiative as well? Or did another group create it? While we don't find out yet, we do realize that Henry Gale, or Ben as we find out, is in charge of the group. They had their leader in captivity for a week...I wonder how many problems would have been solved if Sayid had his way...

Another mystery is how they are able to get so much information from the outside world. Juliet has a huge file with everything from Jack's life in it, but where did she get it? These people somehow have access to the world, but choose not to use it to leave. Why? They choose to stay for some reason, and I have a feeling we will find out why in this season. 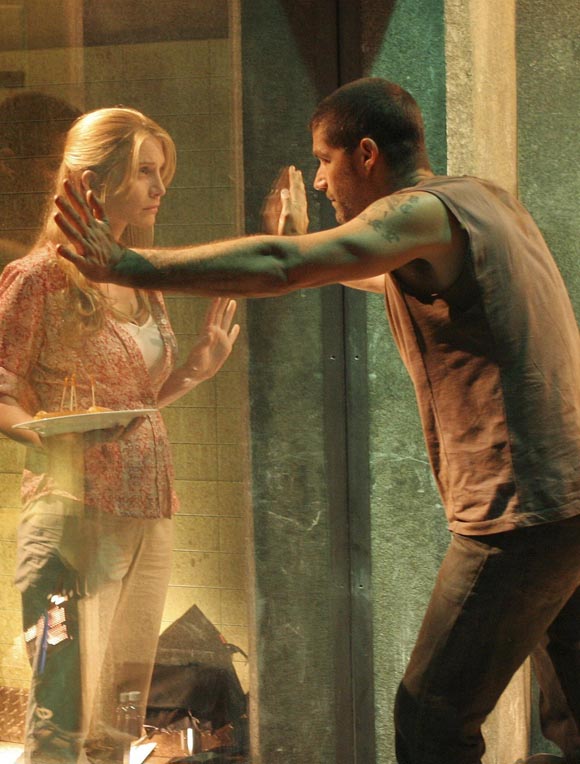 Speaking of Juliet, who is she? And can Jack trust her? She seems pretty important among the people on the island, but it's hard to say what her role is. She also seems the most trustworthy out of all of them, but why is hard to say. Maybe it's just because she's nice, or maybe she's not on the island for the same reason as the rest of them, hopefully we find out soon. Either way, Ben is pulling her strings. Maybe Ben knows she's the only one Jack might trust. Or maybe she should be trusted, but Ben will twist things so they work in his favor. We do get to see a bit of tension between the two of them though, so I'm sure much drama will be drawn from their relationship, and I can guarantee someone's fate will hang in the balance because of it!