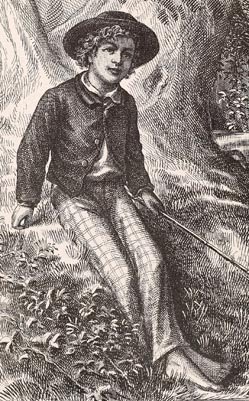 This is the first of hopefully many posts on thoughts about the books that I am reading. As I begin to think a little more broadly about the media I am interacting with, I realized how important and influential the books I read are in this realm. It's an experiment, but hopefully an experiment that will be beneficial to you as well.

Many of you might wonder why I am reading The Adventures of Tom Sawyer. ("Isn't that a kid's book?!") The reason I chose it was frankly I was looking for a bit of an intellectual break and for a fun read. I just graduated from college, spending countless hours and effort reading through the greatest books in the western world, and I was looking for a fun summer read, thus Mark Twain's classic.

I'm not sure why it surprised me, but this turned out to be much deeper than one would first think! This is the coming of age story of a boy, Tom Sawyer, in Southern America just before the twentieth century. Tom is already a leader among his peers, it's obvious throughout the book that he carries that role, but these adventures tell of how he grows into that role, maturing into a wiser and better leader among the town he lives in.

It's an idyllic look at the life of a boy, a life any boy would want, full of imaginative adventures, pirates, buried treasure, ghosts, and more. And yet, in the world Twain creates (or recreates, as there is much drawn from his own childhood) the life of a boy is not so different from the life of a man. When comparing the adults in the book to the children, sometimes it's hard to see much difference. The reader gravitates towards the characters of the children because the adults often don't seem to deserve respect most of the time. 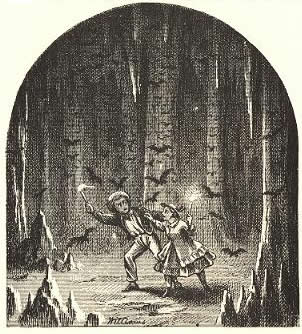 Aunt Polly seems like she would fall over if the wind blew too hard. The schoolteacher spends as much time as the children imagining a different life. The Sunday school teacher tries to show off to the Judge just as much as Tom shows off for Becky. Superstition holds just as much power over the children as religion does over the adults, and the adults' judgments are as fickle as children on a playground. These similarities allow Tom to at times seem wiser than any man or system in the town, and at other times he is living a life of freedom from institutions that we too often long for.

It seems that Tom may never grow up, and who wants to with the adults we see. However, since being an adult and being a kid seem pretty similar, it seems that Tom will always be a hero no matter what age. This book is very episodic, so it can be hard to track his character, but we certainly see an older boy by the end of the book. Each "episode" pits Tom against an increasingly tougher situation, where he must prove himself a hero. He confesses what no one else can, he takes the blame for the woman he loves, and then he saves her in the cave. He shows what kind of man (or boy) he really is, making up for any and all wrong he may have committed in the town's eyes. It is these characteristics which will last his entire lifetime, no matter what systems surround him, adult or child. 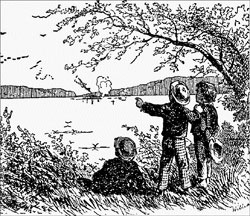 Twain depicts the life we wish we could have, free from the constraints of society. Yet, it is not that we want to be Huck Finn, the boy who is truly free. We want to be the hero of the story, the boy who experiences freedom in moderation. Obviously the rules can't be too strict, but even Tom realized that pirates and robbers need a code, rules to follow. He is trapped in the time when rules need to be broken, but are still necessary. He seems to be a hero that can free us from our systems if we can let him, but won't lead us to anarchy. He's the boy that can convince even Huck Finn to come back to society when money alone isn't enough to do it.

There is something magical about childhood, but we will inevitably grow up, leaving childhood behind. What Twain is trying to teach us though, is that if the spirit of childhood can remain with us, we may just be ok.