What more can a comic book fan ask for?! The Avengers delivered in every way I wanted and more. It was the funniest Marvel film since the first Iron Man, had the best Hulk, along with the best fighting scenes of any of the films, and the relationships between the characters worked so well I can't believe we had to wait this long to see them all come together! For me, this movie felt the closest to the comics out of any of them, while still remaining accessible to people who have only a cursory knowledge of the characters.

All of our superheroes learn they are not alone, they are not solitary freaks of nature, and they have a common enemy. While it seems obvious they have a need to fight together, when they've done it solo for so long it's an adjustment to work with others. When they've always called their own shots, it is difficult to take orders not only from a guy who's been asleep for seventy years, but from a shady government organization. 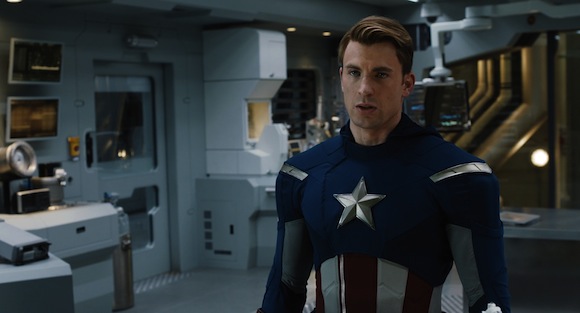 Captain America wakes up into a world that has won the war but has lost everything he fought for. He's behind the times, but seems to be the only one who cares about the morality of what they do. He doesn't question S.H.I.E.L.D. because they have secrets, but because the secrets they keep seem eerily similar to the H.Y.D.R.A. he fought so hard to destroy. He's a hero who was chosen because he was not a man like Tony Stark, and therefore has trouble reconciling their differences. However, once he grabs that shield, it doesn't matter how long he's been asleep, he still kicks butt and accurately identifies his team's strengths and how to use them.

Tony Stark is his same old self in this movie, though he seems to be improving in his ability to put himself aside for a bigger cause. He has even cooler gadgets, better weapons, and even more one-liners than ever before. It seems he takes pretty quickly to his team, it's S.H.I.E.L.D. he has a problem with. One of my favorite moments in the film is when he identifies Loki's motivations by realizing they are eerily similar to his own, and then Loki uses Stark's own "monument" for himself by placing the portal at the top of Stark Tower. And once again, Iron Man surprises us with his ability to sacrifice as a hero, proving Steve Rogers wrong and saving New York by being willing to lose his own life. 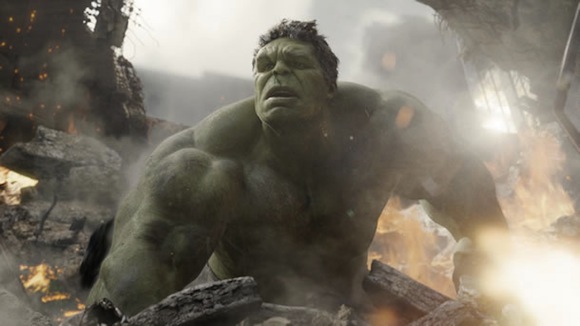 Banner gets yet another rendition, but this is the best yet. The character gets more exploration as the hero who fears his own powers and must discipline himself to control it. He's gone to the deep end, even tried to kill himself, but comes into his own when he realizes the good his powers can do, no matter how uncontrollable. Rogers sends Hulk smashing, providing some of the best moments of the film. Whether or not he gets another movie of his own, I hope Marvel continues to explore this hero who sacrifices his ability to be himself the most. He joins the team because he knows people need his help, but he's the one who least wants to be there. 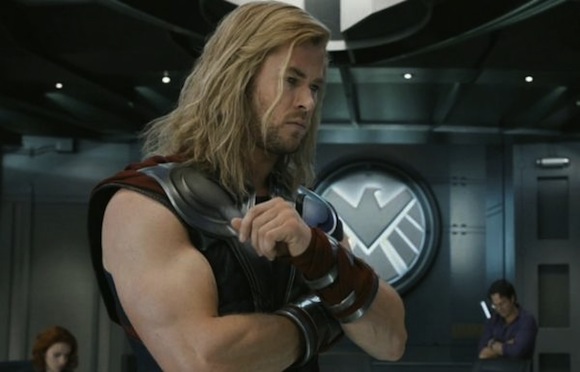 Thor is the man who probably has the most reason to be fighting in this film. As both the protector of Earth and brother of Loki, he has a lot of reason to be swinging that hammer around. He has certainly changed quite a bit since we saw him in Thor, and seems to truly care about the people he protects. He also strongly desires to save his brother and lead him away from his path of destruction and vengeance rather than war. It's great to see his powers matched by the other superheroes, and the fights between him and Iron Man, Captain America, and Hulk help show why a god of thunder isn't overly powerful. Thankfully his love of the people of earth makes him perhaps one of the most willing team members (behind Rogers). 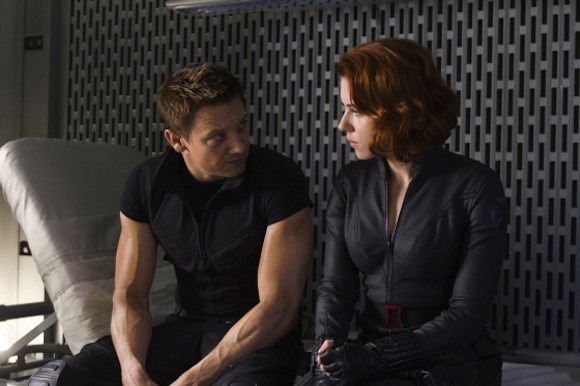 The last two members, Hawkeye and Black Widow, hold their own without superpowers at all! They are excellent at their separate disciplines and great team members, but I get the sense that they almost fulfill the role of chaperones on the team, protecting the "investment" of S.H.I.E.L.D. in this fight. I'm interested to see their involvement pan out as the movies continue.

So the team is united, they all learn to play nicely and I think they all learn a little from each other. You get the sense they all became friends through this experience, making the solitary superhero existence a little less lonely. It takes more of hero to work with others than go it alone. I think, beyond the fact that it promises huge battles and a 6-for-1 deal, people love The Avengers team because it shows how heroes should be. Sure, they need to use their powers to save us when they're alone. But when the world needs them, they come together, putting aside differences to save us all. We look up to them for their sacrifice and gladly pay money to see it on the big screen.

With such great characters and a great team of filmmakers, this really is a great start to the summer movie season. It seems everyone is getting in on the fun as the movie breaks box-office records, which is encouraging as it seems we'll be able to see much more of this great universe. I will say I was a little surprised they jumped straight the the aliens as the villains, but with the nice teaser after the credits, I'm stoked for where they are going to be taking the Marvel Cinematic Universe in the years to come. Well done Marvel, well done!