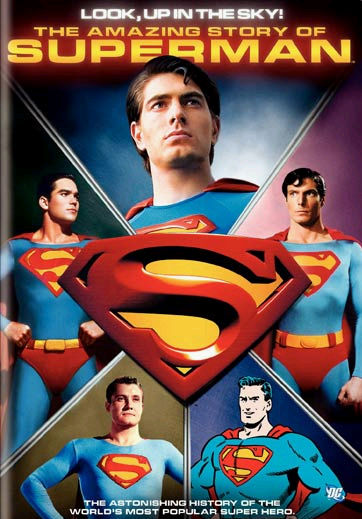 It’s Superman! Look, Up in the Sky: The Amazing Story of Superman is an excellent documentary tracking the history of this legendary superhero. Superman started the superhero phenomenon and is still around today, though he’s gone through quite a few changes over the years. He showed America its values, representing them, and showed that even a “normal” person like Clark Kent could be hiding extraordinary powers.

As time went on, Superman changed to be whatever the country needed, and will probably continue to change. Anything from encouraging us to buy war bonds to recycling, Superman has encouraged the values of many. The question is, how long can Superman continue to change? How long can the “American superhero” last in this more globally-minded world? He will either continue to be immortal and transform into the world’s hero, or America may eventually grow out of Superman. Or as is happening already, he’ll stand for truth and justice, but not the American way.

Soon enough Superman became even bigger than his creators. They couldn’t do whatever they wanted with the character because they were tapping into something larger than themselves. Superman is an image of a prefect hero, a hero the people desired. People long for someone who will uphold truth, justice, and the American way when even the fallible, human leaders cannot. They needed a hero, they got it, and soon enough Superman was the hero that provided what the country needed. It gave them hope, that mankind wasn’t doomed, but that we could have a hero among us, saving the world one person at a time.

Superman is an interesting superhero, because he provides us with someone to look up to, but at times he almost seems too perfect. He’s invincible, too strong, too perfect. At times, he ironically is too strong to save us anymore because we don’t want someone that perfect. We want someone more human, so we turn to more flawed superheroes, such as Batman. Perhaps it’s too hard for us to relate to an alien from Krypton, but perhaps we are simply turning away from a mirror that only emphasizes our flaws even more. Perhaps our desire for a less perfect hero is because we don’t want to feel as bad when we realize we’ll never be as good as Superman, but perhaps we should feel bad about forsaking the man who will always stand up for Truth and Justice (and possibly the American Way depending on the movie...). Are we afraid he’ll discover our lies and injustices?