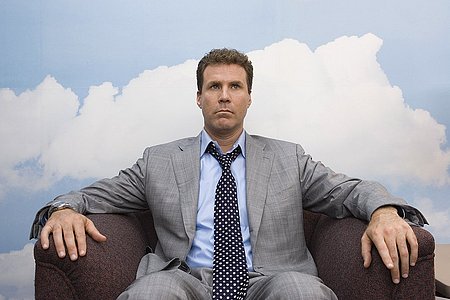 Stranger Than Fiction is a powerful film, dealing with difficult themes and utilizing an amazingly artistic style to tell the tall of Harold Crick. It is certainly a favorite of mine and I wholeheartedly encourage all to watch it.

Harold Crick's life is ruled by time, his life is dependent on his wristwatch. He lives a boring, structured, and isolated life. Whether eating, working, or sleeping, he's always alone. The text interface that swirls around Harold's head and surroundings throughout the film shows that all of life is a calculation to Harold. Everything is measured out perfectly, but he is unable to enjoy life until he allows the unpredictable and unplanned things occur. That is when he is able to connect to others and live life in community.

Karen Eiffel, Harold's narrator, is seeking death because she seems to have lost purpose, she just does what she does. She smokes too much and dwells on ways for a person to die. She is consumed by thoughts of death. She is a writer, but has lost the ability to write. Her masterpieces are devoid of life, and is seeking to keep it that way. 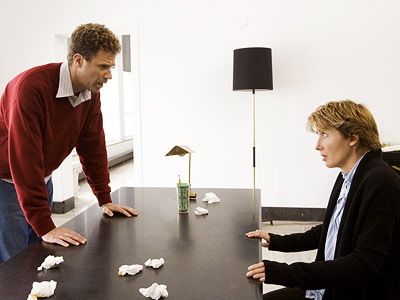 The events that occur in this movie and propel Harold into a new way of living, narrated by Karen, only occur because Harold's wristwatch was forced to be set to a different time, causing Harold's perfect schedule to be thrown off. It was only when Harold was freed from his time constraints that he was able to truly enjoy life and live as he always wanted to live. Harold had been so worried about saving time, that it took his wristwatch, the keeper of his time, to teach him to to spend time. When Harold is finally faced with the inevitability of his own death does he seek to find the best way to spend his time. When he finally falls in love with a woman, his whole routine is thrown off, he can't focus and his life revolves around Ana. The unpredictable replaces his boring routine, bringing joy and love into a previously dull life.

And it is when Karen finally meets Harold and realizes her writing has significance that she finds importance in her own life and is able to dwell on living again. She rediscovers the good in people and finds reason to keep herself and others alive. The character and narrator meet, and life is restored to the story. 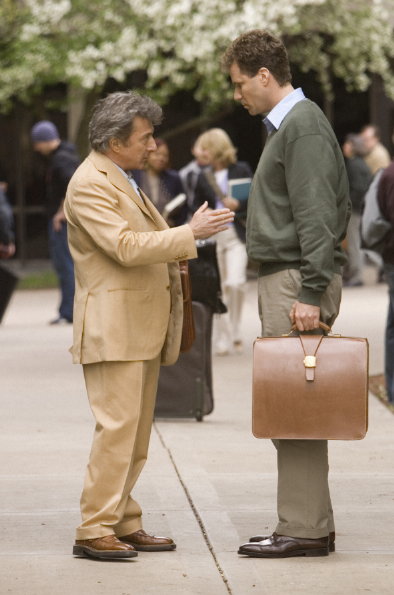 But neither could have done it without Professor Hilbert, who becomes somewhat of an interpreter in Harold's life, and indirectly Karen's. Harold relies on him to figure out what is going on and how to live now that he is aware his life is a story. Hilbert is a literary theorist, and is therefore the perfect person to help Harold discover his story. He takes the events in Harold's life and breathes meaning into them for Harold. But eventually he has to let Harold go, there is a limit to what he can tell Harold to do. Literary theory is able to help discover what kind of story Harold's life is, but Harold is the one who has to live it. Hilbert shows Harold that the narrator isn't the only one to write the story. The character too has a role in how the story forms, influencing the source where the story comes. He allows both of them to rediscover life and story. He's a lifeguard for both of them, not only for the faculty pool.

When the Karen says "little did he know," it implies that there are things Harold doesn't know, that he is making his decisions in ignorance of things that are coming around the corner that could change everything. It is this phrase that draws Hilbert to help Harold, for it implies that his life is out of his control, that there are events he can do nothing about. What is interesting in this movie, however, is that Harold hears the phrase. Whereas a character is normally ignorant of such omniscience, Harold is made aware of it as he hears the voice speak it. He is then able to act, knowing that he has no control over what he doesn't know, but in knowing he doesn't know, he can be prepared for the unexpected. Instead of letting us know that things will happen that Harold doesn't know about, "little did he know" becomes a warning to Harold, a signal of fate, that timeless theme that causes us to wonder how much control we have over our own lives. If events are chosen for us by a higher power, are we able to still choose how we live? When Harold finds his life has a narrator, these are the questions he struggles with. Harold is a man of structure and control. Learning someone else knows more about his own life than he does and deems to control it frightens him.

What Harold must learn, however, is that though events in his life may be chosen for him and out of his control, how he responds to those events is what gives those events meaning and ultimately allows him to control his life. And story helps give meaning to his life and these events. It is only by knowing that all the events work together, that his life is for a purpose, that meaning is given and found. Story gives him something to live for, beyond the tedious calculations and schedules, even breathing meaning into his own death. Facing our own death is one of the hardest things imaginable. Yet knowing when and how that death will occur, being given the chance to try and escape it, and yet willingly choosing it anyway for the good of others is honorable. Only when Harold is able to face his own death, and Karen is able to see the good in living again, is Harold able to live.

Both Karen and Harold learn that there is beauty in a life well lived. Harold learns that his reaction to life's events, no matter what they are, are what ultimately allow him to enjoy life. He may not be able to control everything in life, but how he responds to the events is what makes life worth living. And through Karen's voice, he is able to learn more about himself, listening to an internal dialogue describing his life in ways he had never contemplated before. And Karen learned that, though all people die and that there can be very poetic deaths, sometimes a person is more important than the poetry. A good person is better kept around, even if it means his story is simply ok. It is better to have a living man who is willing to face death, than a dead character who was unwillingly taken from life for the sake of story. They both discover their story. Though it's not a masterpiece, it is life. 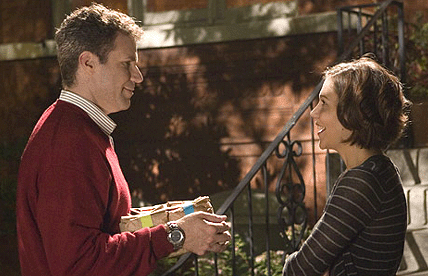