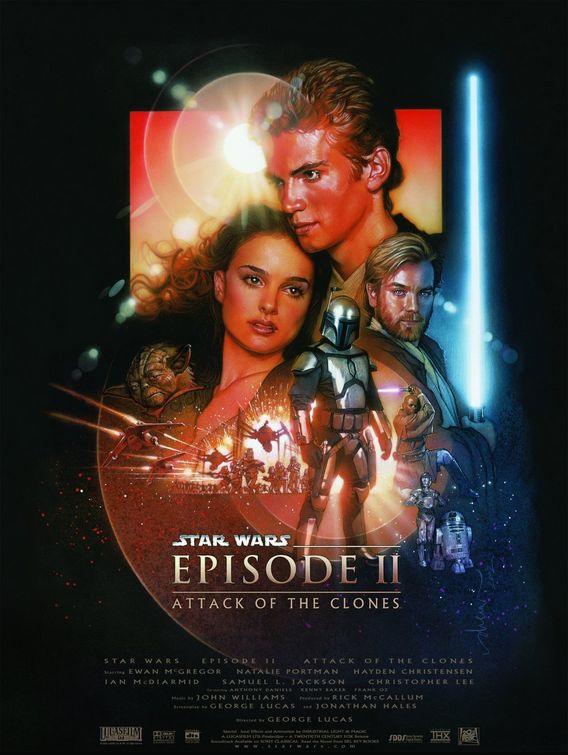 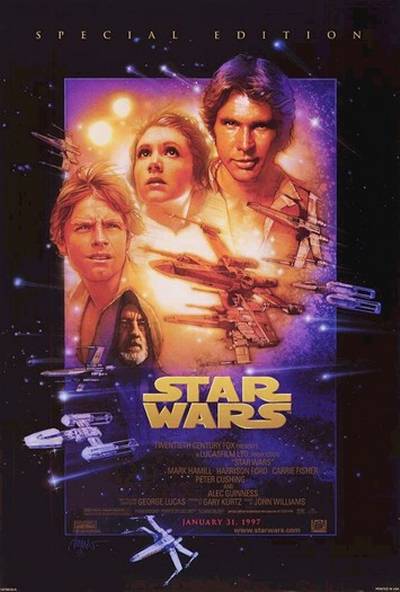 Anakin and Luke Skywalker. Each one is given great power, but it is used to much different ends, which becomes clear early on. In Star Wars Episode IV: A New Hope and Star Wars Episode II: The Attack of the Clones, both heroes begin to try and understand the powers they have been given. And because of their choices, their power changed the lives of many, for good or ill.

Power. It’s a very neutral thing. The same power can be given to multiple people, and each can use it very differently. It can be used to help others, to increase personal gain, to cause others pain, or to be neglected. It isn’t the power someone has that makes them good or bad, but it is how they choose to use it that determines their moral state.

This fact is epitomized in Anakin and his son Luke. Both are extremely gifted in the force, and are able to utilize its power in great ways. Anakin has now had time since Tatooine to realize the full potential of his enormous powers under the training of Obi-Wan. However, this has led to pride and spite against a master who he feels holds him back from his true potential. He is also ruled by his emotions, which can be dangerous when possessing great power. He seeks the love of Padmé and is willing to push aside the code of the Jedi Order in order to do so. He sees himself as knowing more than he does, understanding the force greater than anyone else, and therefore as being able to do anything he wants because of his great control of the force. It seems as if there are no limitations on his power, so he sees no reason why he should be limited from anything else he could want. This tendency to use the force for his own personal needs is what eventually destroys him. Later in the movie, he finds his mother with the sand people and she dies in his arms, he then proceeds to kill every Tusken Raider there, including the women and children. He continues to allow his emotions, his anger, hatred, and rage, to overtake him and he slaughters them, doing great evil. He removes all limits in his life, and because of that, there is no limit to the evil he is capable of.

Luke takes a different path, however. He wants to see the world and get off his planet of Tatooine. Yet, even when offered the chance to leave with Obi-Wan, he is afraid to go. It is only when he loses his aunt and uncle that he goes, there is nothing left for him. He isn’t eager to use the powers he has, but hesitant, using them only because he has to. He seeks to right the wrongs of the universe and finds he has the power to do so. But he is willing to do it not for himself, but for the good of others. While Han counts his money, Luke runs to help the Rebels because of just that: they need help. He sees the need, and knows he has the ability to do something, whether he’ll win or not. He’s willing to sacrifice himself for others if necessary, and these selfless acts are what separate Luke from his father. 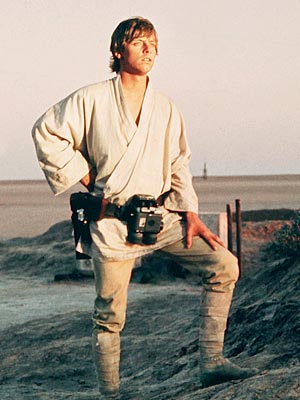 Yes, Anakin is trying to save those he loves, but he cannot accept loss. He is stuck on the fact that he knows he could have saved his mother and Padmé. He knows he has the power to, and therefore lives a life full of regret and bitterness at himself for allowing them to die. Luke loses the only family he has, but believes Obi-Wan when he tells them that he could have done nothing to save them. Yes, he loses his aunt and uncle, and eventually Obi-Wan, but these losses seem to motivate him to move on and live as they would want him to, rather than trapped in his own thoughts and regret.

It is interesting that both father and son are taught by the same master, Obi-Wan, and yet each turns out very differently. Perhaps Obi-Wan learned much being alone ion the desert. Losing his best friend, perhaps he swore to not allow the same thing to happen with Luke. He does seem to manipulate Luke a little more, only telling him what is necessary to get him to follow him, but perhaps there is more to it. Perhaps having the same master only shows that though they may have been very similar and had similar paths, it was their different choices that ultimately defined who they became. Obi-Wan could only show them the choice, but it was still up to them to choose how to use the power and deal with loss. May we all choose as Luke does when given power, for power can be a very dangerous thing, even in the best of hands.