Well, not only can't Jack help but fix people, he also can't help but take everything upon himself, whether it's good for the group or not. After Boone's death, Jack takes it upon himself to search for Locke and find out the truth, even though the group really needs him back at the camp. He seems to need to be reminded of some priorities and realize that he doesn't have to do everything, that there are plenty of capable people in the group! Delegation is the only way leaders can survive, let alone lead well!

Whether Jack finds him or not, everyone is beginning to be afraid of Locke, but he isn't telling the truth so he isn't helping himself a whole lot there. He's got this whole thing where he's doing everything for the greater good, which is great and all, I'm just starting to wonder if he's always the best judge of what's good for everyone. Like destroying Sayid's receiver? Come on! At least talk to Sayid about it, don't just whack him in the head! Oh Locke...I know you mean well, but sometimes you just make really bad decisions! 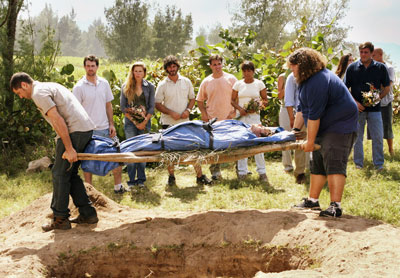 Shannon is probably the person most angry at Locke, which is understandable. He again made a questionable decision, at the behest of the island, and knowingly put Boone in harm's way. He also seems to feel little remorse for this which really makes me question what's going on with him. But luckily Sayid steps in again and and won't let her kill him, because he knows she can't take it back and will regret it. It's sad to hear all that Sayid's been through, but he's been really helpful to the others because he's been places most other people would never dream of.

I guess we'll have to wait to see Locke's fate among the group, but on a comical note, I think it's funny that Sawyer is the only one who can stop the baby from crying, and how much he seems to hate the fact. Though I'm sure a part of him deep down inside is smiling!