Big surprise of the episode: Claire's back! Not sure what happened, but she's back! What happened to Ethan? How did she escape?

Those questions aside, we learn a lot about the characters in this episode. We find out more about Michael and his often estranged relationship with his son Walt. When Walt was a kid, we see how much Michael gave up and did for Walt and in order to be with him, even giving up his art and going into construction to pay the bills for Walt. Michael loves Walt and doesn't want to lose him, no matter what Walt's mother may say or do. He wants to be a dad, but why is it so hard for him now? The Michael then and the Michael now don't seem to always match, so I'm wondering if there is more to the story to explain this... Or maybe it will just take time.

One thing is for sure though, he does not want Walt growing up on the island and has begun to build a raft to make sure they get away. He's at least showing sign that he wants what's best for his son, though he should probably also learn to talk to his son about things as well. 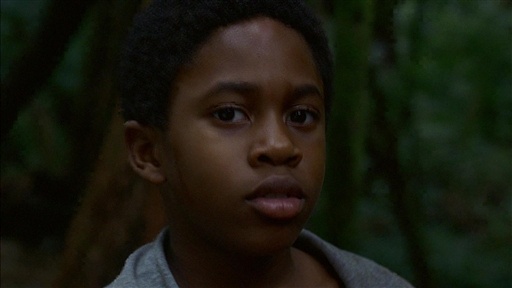 Tension is definitely beginning to build between everyone on the island, and more fighting is breaking out. Michael hates Locke and doesn't want Walt anywhere near him. Locke is willing to respect that, but since Walt wants to be near Locke, Michael quickly assumes it's Locke's fault and is ready to kill him if necessary. Hopefully things calm down between them...or this could really bad, especially with Walt in the middle.

Locke really sees potential in Walt, and it'll be interesting to see Walt's role on the island evolve and grow. Strange things happen around him a lot, but he doesn't seem to notice what is happening, let alone have control over whatever power he has. All I know is that this is the second time we've seen a polar bear on the island, which is how many times we've seen Walt with the spanish comic book with a polar bear. If he read Superman would the superhero fly them all to safety? Worth a try!

Though Michael and Walt don't have the best relationship, it's good to see them grow closer, especially in the final scene when they look at all the cards Michael made for Walt throughout the years. They are beginning to bond, and hopefully their relationship strengthens and grows!