This episode we go back to the strange "mysticism" of the island. Eko, and later John, receive dreams with instructions from Eko's brother, guiding them on various tasks around the island. Much like Locke's visions of Boone and others surrounding the hatch, there seems to be some guiding force on the island making itself known to those willing to listen. How does this work? And is this "force" benevolent? Why is Yemi playing into this? If a person's body is on the island, do the healing properties do something to bring them back? More and more questions is all this show provides... But Eko is on a journey, not merely to find a place, but to get Locke back on track, grasping both his purpose and meaning in his life. He is going astray, bothered by his seeming lack of power around Jack. He no longer "serves the island" as he used to, now more caught up with his role at the hatch while forgetting what drew him there in the first place. It seems the island is not done with him yet! 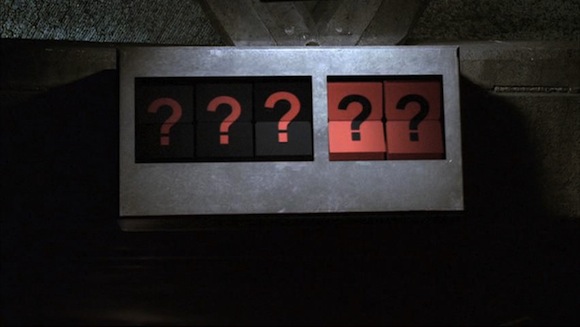 So Eko and Locke are sent on a quest to find the hatch with the "?" for a symbol. They find it, and inside find a monitoring station filled with television sets able to see into all the various hatches. Why is it that only the hatch they are living in is able to be seen? Why is the orientation video for this hatch on a VHS and not film? Did it come later? If so, why? It seems like much of what is going on could all just be an experiment to see how people react, which is what Locke takes away from it. But what if every hatch does have a very important role and this station is merely here to check their ability to carry out each role? Either way, it was important that everyone be monitored for some reason... Once again, more questions is all we are left with. The hatch is empty like the others though, so I wonder if it is even still in use.