This episode we get to see more of Juliet and what brought her to the island. She was doing some leading pregnancy research in Miami, and a man named Halpert (along with Ethan...) came and recruited her to come work for them. Why do they need her so badly that they were willing to kill her ex-husband to get her? Is there some issue with getting pregnant on the island? Or do they need babies, which is why they stole Claire? Somehow they are using her research because they gave shots to Claire much like Juliet did with her sister. Hopefully they explain more of why they needed her in the coming episodes.

Either way, it's clear that she no longer wants to be on the island. Ben wakes up during his surgery and tells Juliet she can help Sawyer and Kate escape so that Jack will finish the surgery and then she can go home. The man she once wanted to kill she now lets live because she has a stronger desire to get home. She was only supposed to go for six months so she could see her sister give birth, but that obviously never happened. Why couldn't she go back? Did Ben convince her to stay? Again, there is much more to this episode than they reveal, but Juliet's motivations are perhaps becoming clearer. 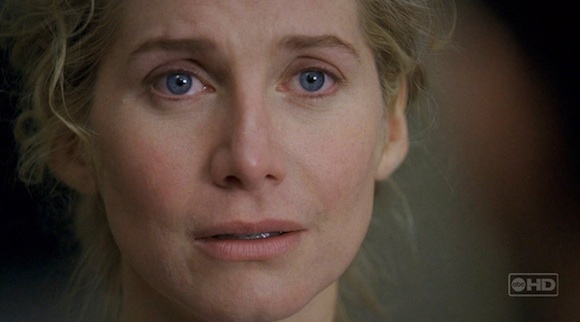 Kate and Sawyer escape from the island thanks to help from Juliet and Alex, who's boyfriend they rescue from some sort of brainwashing prison. I'm not sure what Carl did to deserve such punishment, but knowing these people, Ben probably just didn't like him. Now they are taking this boy back to their camp, but what will happen? Will they be able to trust a boy who's been programmed to do who knows what?