An episode without flashbacks of life before the island is a rare sight, but I guess since we're flashing back into Claire's memories, it makes sense. All that to say, we spent most of the episode with Claire, which bugged me to no end!

I'm not sure if it's on the writers' end or the character's, and I understand that mother's can do crazy things to help their babies, but this seemed to go to far. She wouldn't listen to any reason, not even from Jack. She ditched Aaron, leaving him without his mother, when there were many other capable people willing to go in her place searching through the jungle. And she lashed out at whoever was closest to her, demanding their help but not allowing them to contribute in any meaningful way. Because everyone was being so caring towards her, she stood in even starker contrast in her drama. But I suppose that in desperation, we humans can often do things we normally wouldn't, especially to save those we love. 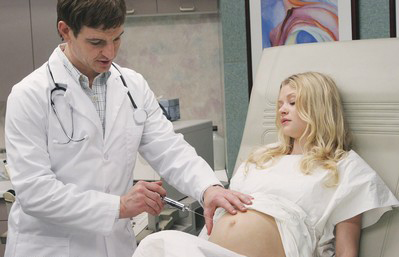 Either way, we do discover that there was yet another Dharma station, this one seeming to be a medical station. It's been abandoned, but it's hard to say for how long; perhaps after Claire left or right before our group discovered it again. It seems that each station has a purpose, so I wonder how many other stations will eventually crop up.

Henry Gale is also causing more trouble. While he claims innocence, it's getting harder to believe now that he's placing a wedge between Jack and Locke. It could be a clever way to find an escape, but I think it's more than possible he placed himself a midst the leaders of the camp to drive them apart. I'm not sure why spies keep infiltrating the camp, or what for, but I think Henry Gale will offer many clues in the future.