The Korean couple takes center stage in this episode, with a moving and deep backstory throughout. It is so wonderful to see how happy they are together at the beginning, and so sad that when the husband will do anything to be with his wife, it is ultimately at her expense. Their relationship is better explained and it is so crazy to realize that the wife is on the island because she chose to stay with her husband. Their love and loyalty to one another brought them there. If she had left, not only would she have missed the plane, but her husband would have probably gone looking after her. This same love and loyalty is influencing their time on the island already, but how it will grow and/or change is yet to be seen.

Yet, whether they choose to or not, cultural ignorance and misunderstanding have separated them from the rest of the group. It is good to see that the wife is able to communicate with the others, at least in private, but the language barrier has led to much anger and strife. It is crazy how small barriers prevent us from connecting, let alone a whole language! How quickly we become afraid and suspicious of what we don't know, even when they are friends seeking the same things we are! 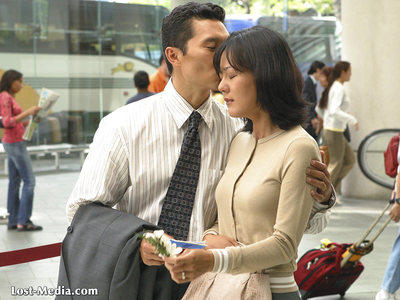 Again we are noticing the shift of the audience to becoming more omniscient as we know more about the characters than the other characters do. Jack doesn't share his visions with the others, or why he is so eager to lead again. They just see him beginning to make choices. They need water, so he wants to move to the caves. But now that Jack is wanting to lead, not everyone wants to follow. The group is split, with half wanting to stay on the beach where being found is more likely. And Kate is against Jack's plan too. Kate and Jack are split, but we'll see how long this lasts. I doubt it will for long.

And the mysteries of the island continue. There are 40-50 year old corpses from previous inhabitants, though we know nothing about them. All Jack finds are black and white stones, which match Locke's backgammon pieces in an earlier episode. Is there something Locke knew then? Is there some color scheme that pervades the island? Is it part of the magic of the island? Guess I'm just going to have to get use to waiting in this show!