Talk about a trippy episode! Here we learn what happened to Desmond after he turned the key in the hatch and how he can somehow predict the future: he is traveling back and forth through time. However it's not like the standard time travel where you can see yourself in the past, he's actually reliving his life with flashes of memory from other times, which is why it seems that he can see the future. In particular, he's forced to relive his breakup with Penny, which he hopes will allow him to change things, to not be a coward, and to stay with the woman he loves.

However, he learns a very important rule about the kind of time travel he is in: he can't change history. When he tries to buy a ring to propose to Penny, the woman behind the counter tells him he can't, that he chickens out and walks away, he can't make different choices. And if he tries, "The universe has a way of course-correcting." Every person has a path, they are certain things they must do, and they can't deviate from that. No matter if Desmond likes the path he's been given, he will have to follow it all the same.

Obviously this goes over like a load of bricks with Desmond, and he does everything he can to change his fate. But in the end he still breaks up with Penny. In the end he can't change things, no matter how hard he tries. But that doesn't stop him from trying. So why is he trying to save Claire? Well we learn that he in fact isn't trying to save Claire, but Charlie. He's trying with all his might to keep Charlie alive, but the universe (or the island?) will win in the end. Though he seems to acknowledge this fact, that doesn't mean he accepts his role as an observer. He will continue to try to change history when he can, and I think it's because regardless of whether he can do something, he will at least know he tried. Charlie will die, but not because of Desmond's lack of effort. 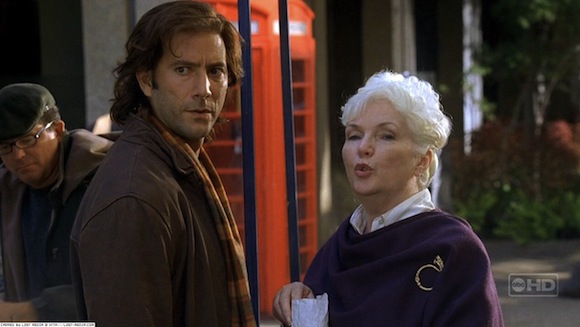 Can Desmond change the course of history? Or will be he doomed to relive his past over?[/caption]

Once again this show posits the universe as having a destiny for each person. There seems to be some plan regarding the island and the people on it, but what is it? Is there some God-like sentient being in this world that is orchestrating these events? And if so, whose interests is it acting in? It's a very interesting stance to take, especially in today's culture, so I'm getting really curious to see how this plays out!