Once again, in this episode we are faced with what the island is. Hurley was in a psych ward, and while there he had an imaginary friend named Dave. Dave is now on the island and seems very real. Is this like when Jack and Kate saw people they knew? However, what does it mean that Dave doesn't actually exist? Perhaps it doesn't matter. The point of the island bringing these people back is always to help the characters move past something, and in this case it is helping Hurley to do the same.

Dave has always been a force in Hurley's life to keep him from changing. He's the voice in Hurley's head telling him to follow what he wants, keeping him from making the choices he needs to change his life. Hurley punishes himself by eating, and it is interesting that Dave only shows up when Hurley gives in to his eating problem. Every time he goes back to his old ways, Dave shows up, keeping him from moving on. Thankfully Libby is there to help Hurley, and she seems to be able to counteract whatever Dave might try. 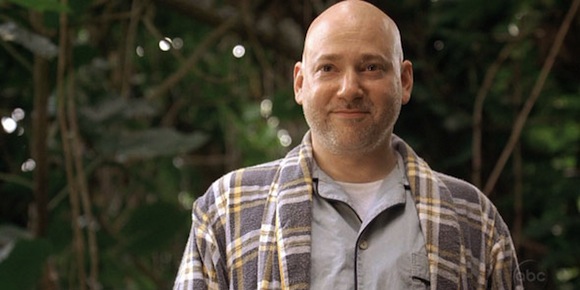 Why is Dave on the island?[/caption]

But Dave isn't just trying to keep Hurley downing the food. He tells Hurley that the island is a dream, that it's part of his subconscious and that he is still in the hospital in a coma. Dave is able to poke holes at some of the more ridiculous aspects of the island, aspects that I'm sure many viewers have asked as well. So is this all a dream in Hurley's mind? Libby argues that because she had experiences Hurley knew nothing about, it can't all be in his head. But at the end of the episode we find that Libby is in the psych ward with Hurley as well. Are they sharing this "dream?" How can we tell? Maybe it is some sort of purgatory like I thought earlier, or maybe it's some sort of dream. I guess the question then would be if everyone is dreaming, or just a few... Something to keep in the back of the mind as the seasons progress...