A lot of cards are shown in this episode! Jack and Locke out each other for holding back information from the others at their own discretion, Kate is revealed as the one with the marshal, and even Sun is found out for trying to get her husband sick. There are certainly some strong personalities on this island, and the longer they stay, the more their vices and faults are seeming to appear. They are each being slowly stretched to their breaking points.

With monsoon season coming, they are running out of time to get the raft out to sea. I'm assuming this is going to lend itself to the dramatic finale coming up, which I'm sure will be a cliffhanger.

We now know who the man Kate loved is from her back story, and we see how he dies because Kate's need to run was greater than protecting him. We also know that she did something to her mother, something big enough to cause her mother to cry out for help when Kate visits her at the hospital. 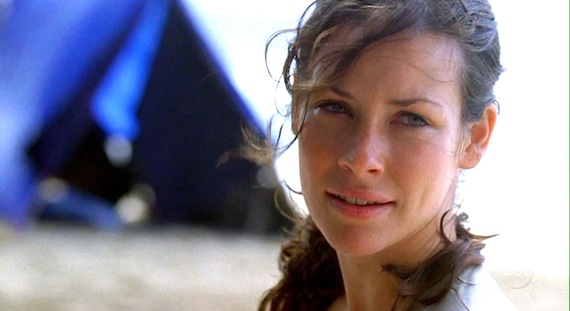 The hatch is still unopened, but now Locke has Jack on his side, wanting to open it. Sayid is against the idea (probably for good reason), and my guess is that the hatch will be both good and bad. It at least tells us there were people on the island, perhaps it is connected to the "others" or Ethan somehow? Either way, though Jack and Locke are on the same side, there is still tension in leadership, which will also probably come to a head as the season ends.

Walt also seems so have some special power again, telling Locke not to open the hatch (that he doesn't even know about) and telling his dad they need to leave the island. Can this kid see the future? And does his desire to get off the island foretell of bad things to come on the island? Guess we'll find out!