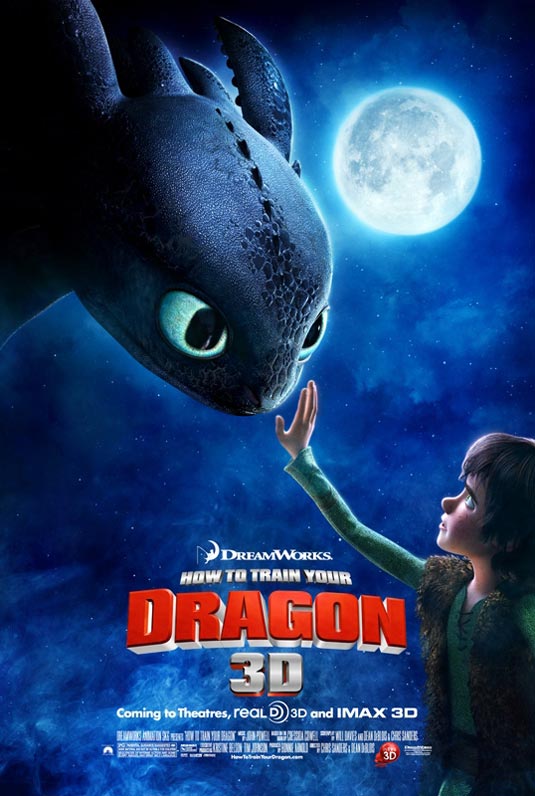 What a wonderful little film! All I'd heard about this movie before going to it was that a lot of people liked it, and now I see why! I had seen a kid on a dragon in the poster, and wasn't sure what to expect, but I was pleasantly surprised by this film! Dreamworks had an amazing story, fitting and wonderful animation, and enough lovable characters to leave you with a warm heart as you leave the theater :)

This film was all about relationships and our desperate need for them. Hiccup is a boy who doesn't fit in with the rest of the vikings. His dad is the viking-est of vikings, yet he's ashamed of his son because he is useless when it comes to killing dragons. He can't understand why his son can't be more like him and therefore never truly gets to know his son. Hiccup is useless to him unless he can be a "real viking." So Hiccup eventually finds someone who does accept him, but in order to do that he has to leave the village because no one there will give him the time of day. He tries to prove that he too can be a great dragon slayer, but when it comes down to it, he just can't kill a dragon. He really isn't like the other vikings. But it is this "weakness" that is truly his greatest strength.

Hiccup is able to befriend a Night Fury, the most dangerous type of dragon of all, because he realizes that the dragon is just as afraid as he is; that really they aren't that different. He helps the dragon when it needs him most, and he finds acceptance like never before. He is able to fly a dragon because he is "different," and that's not too bad of a thing! He even manages to make a friend in Astrid because she is also able to see that the dragons don't have to be their enemies, and that the vikings and dragons have much to gain from each other if they stop fighting.

Hiccup's dad, though, is harder to convince. Hiccup begins to show lots of potential in dragon training because of how much he's learning from Toothless, his pet dragon. His dad sees this as finally having something in common with his son, but is infuriated when he learns that his son won't kill a dragon. It's only when Hiccup saves everyone with his dragon friends, and that Hiccup needs help doing it, that his dad realizes he was wrong. He helps his son and lets him truly be himself, okay with his son not being a traditional viking, even allowing himself to learn something from Hiccup as well. 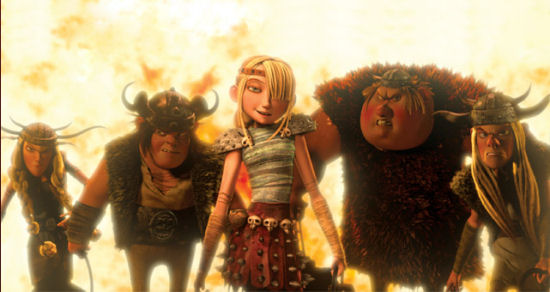 Wow, this movie is packed! We all need to learn that we don't know everything and be willing to learn from others. We especially need to learn that just because someone doesn't act like we want them to, that that isn't a bad thing. And we really need to learn that that which we fear and don't understand (dragons in this case) may not truly be our enemy if we take the time to understand them and reach out to them. Oh how much better things would be if we, like Hiccup, could see others through their eyes. And if we would allow others to be themselves and provide their strengths to others rather than force them to be just like us. How true this story is!

This film is magical! The animation truly takes you to another world, and when you finish the film, you will just be happy and have had a good time! It's wonderful watching the relationship between Hiccup and Toothless grow. The relationship between man and his beast is so wonderful, and watching them each grow and grow to love each other is heart-warming! There is a reason this movie is so highly-rated, and I want to add my review to the others and tell you to watch it as soon as you can!