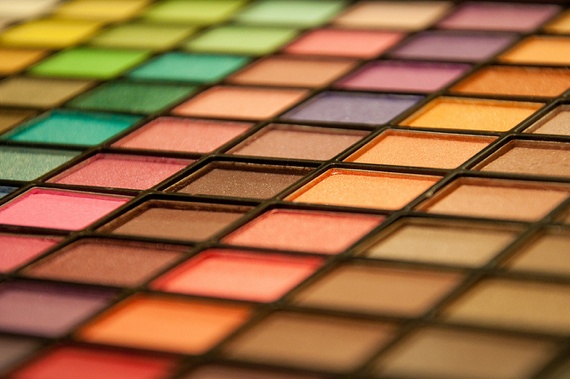 As we've worked our way through cinematography and lighting, there is still one more aspect of the camera that we need to discuss: color. Unless you are watching a black and white film (in which case, look at the contrast instead), the film or TV show you are watching will have color in it. And most likely, the colors on the screen were intentional. Most of the time it's not just a random assortment of colors, not just shooting things as they are, but a carefully chosen color palette to fill the frame. They even spend a good chunk of time color correcting the film after they shoot it to give the colors the look they want.

So if color is so important to filmmakers, you should take some time to process it as well.

How are colors used in the film? Is it explicit or more subdued?

Colors are imbued with certain connotations and characteristics. How might the filmmakers be using these to their advantage to create emotions and responses from the audience? For example, red can often symbolize love, passion, anger, blood, power, etc. Does red seem to symbolize the same in the film?

Sometimes the filmmakers aren't relying solely on the connotations that come with a color. Sometimes they use it for their own purposes in the film. A good example of this is in The Sixth Sense. Red repeatedly appears when ghosts are around, as a sort of warning. Is the filmmaker doing the same in the movie you are watching? How does this change the meaning of the color?

What do the colors impart on the story? Is there a story in the progression of the colors? How might the story arc be told through colors?

Hopefully this is a good start to get you thinking about the use of colors in visual storytelling. Like lighting, it is very central to the visual art form, so pay close attention. A lot of times you probably don't realize what effect it might be having on you, but when you discover its place in the film, it can bring a whole new light to the story you are experiencing.

I would highly recommend that you watch the film Hero and see how color plays a role in the storytelling. It is a more obvious example of the use of color, but it is a good starting place to see how much color can be used in a film.

If you can't get a hold of it, I'll let you watch a film I made with some friends my freshman year of college, highly influenced by Hero:

If you don't want to do that either, or want to keep going, again, an effective way of looking at color is by turning of the sound and really focusing on the visuals. Hope this was helpful, and share your thoughts below!