When I saw the trailer for Bernie a few years ago, I will admit I wasn't impressed, but when the film showed up on Netflix, I thought I'd give it a try and I'm glad I did. I'm still contemplating the depth of this film long after the laughter has died away. Spoilers follow, but nothing more than you get from the trailer.

Bernie is the nicest man in Carthage, Texas. A man everyone loves and adores and can find a way to bring a smile to anyone, no matter how nasty they are. The film asks us, however, if a lifetime of good deeds and righteous living is enough to counteract one evil act. While many people in the town would argue Marjorie had it coming, the fact remains that a woman is dead and Bernie was the one with his finger on the trigger.

This story was remarkably well told, and I give props to the filmmakers for not taking a strong stance on the issue. They present the facts of this true story, as crazy as they are, and for the most part leave it to the audience to digest and decide where the verdict should lie.

The documentary approach works marvelously, not only in providing humor, but filling out our view of Bernie and the town he lives in. As a film that straddles the line between fact and fiction, spending half of the movie in interview footage was brilliant. It really helped to keep the film objective on the issue, offering a myriad of viewpoints on the issue and providing a panel of witnesses for the audience. As one of the "characters" mentions,

In a small town, people will always suspect the worst of someone. But they'll also suspect the best.

We get to see both. But in the end, the law came down against Bernie, no matter how much good he was able to accomplish. As David Jenkins writes:

It’s tough to comprehend, but Bernie is a film about how in the eyes of the law, crime is society’s great leveler. Even Jesus would get 25 to life.

Our court system provided this verdict, but I couldn't help but leave the movie wondering where redemption and grace should come in. It was obvious Bernie was sorry for his sin, and repentant of his actions. There was no premeditation or hate, and yet none of that mattered. His good deeds and his apologetic response were still nothing in the face of the law. It's further complicated by the fact that the prosecution was no saint himself, even in his motives to convict Bernie. 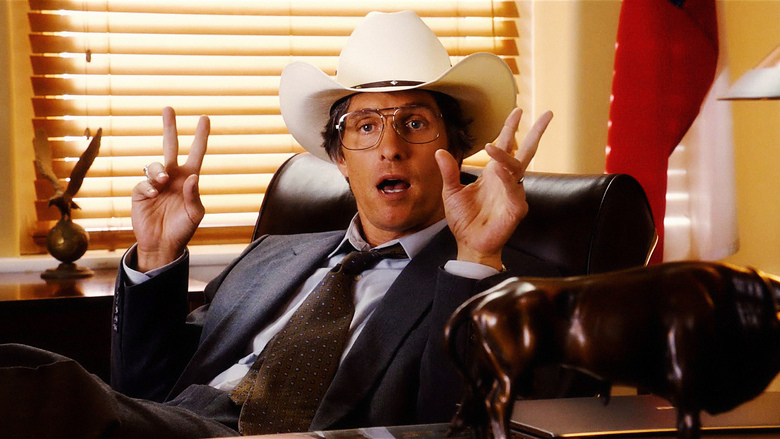 Matthew McConaughey was brilliant as always[/caption]

Is this how it should work? Should Bernie be free? Or is he rightfully in prison, paying the consequences for a sin whose punishment must be dealt here on earth?

I have no answers, and I was not expecting a comedy film to even offer such questions. I heartily recommend this film, not only for the small town humor, but for the exercise in contemplation it will provide.

Have you seen the film? What do you think? How should human justice fall upon those who act out in isolated instances, who are not a menace to be kept from society, but in fact (mostly) a force for good in their community? But if even such a good person has the capability to do such evil, can we trust them?